First and foremost was to get all the safety items required to race. That meant a full roll cage had to be installed. After thinking about it for a bit I decided to let somebody with experience do the job. David Clemens of Stinger Motorsports was the man to do it. He had installed more than a few and had the skill and a bender. After removing the roll bar that I installed earlier we dropped the car off at David’s place.

I decided a full six point Willans FIA safety harness would be a good investment since the rating is good for six years. I bought one from Pegasus and installed it. This required another anchor point for the crotch straps.

My Ulta Shield driver seat was okay but I had to remove the passenger seat which I later sold.

Next on the safety list was the addition of a full fire suppression system. I originally had a hand held fire extinguisher in the cockpit which was fine for most vintage applications but not SCCA. I opted for the bigger 5 litre 16 pound ESS kit system which is 17.1 SFI certified. It is an AFFF or aqueous film forming foam powered by a Co2 cartridge.

The rules say you have to have a nozzle pointed at you, the fuel cell and the engine. The kit I bought had provisions for four nozzles so two of them are in the engine compartment. I mounted the bottle in the front compartment. It is actuated with a T handle on the dash.

Although the kit came with tubing and fittings I had to add to it in my situation. One thing I added was a big bright “Remove Before Flight” streamer to the safety pin so I would not forget to remove it before a race.

Last but not least on the safety mandated list was a new full face helmet and HANS or “head and neck system” device. I had been using an open face helmet for the vintage look which was legal at the time but, as with all racing organizations the HANS device was being phased in. This requires a full face helmet for the tether mounting points. Also the certification date was running out on my old helmet so I updated. I purchased a Bell BR-1 helmet and a Defender brand HANS device.

As with my old brain bucket I needed to paint it to match the car. I had never tried this and thought for a time about sending it to someone but in the end I did it myself. Looks good to me and that’s all that counts here!

As for a fire suit I had already purchased a three layer rated one so that was out of the way.

The three layer style which most organizations allow without the Nomex underwear is cooler but they strongly advise the underwear. However they do require Nomex socks with certified driving shoes. As for gloves there are hundreds of choices here. Mine are nothing fancy but do the job and are certified legal.

Other required features such as brake lights, fuel sample valve, master cut off switch, etc. were accomplished beforehand when I went for a SCCA Time Trial license.

Three of us did the drivers school: Dan Giannotti, David Clemens and me. It was my first time ever being on track fender to fender with other cars at speed. Rather intimidating at first but, that is what the school is about. We all passed the test, but not without some drama. David and Dan’s stories are told elsewhere.

Since that time I have participated in a lot of racing along with some time trials and other speed events.

As with the driver the car goes through many changes as experience increases.

David did a great job. After getting the car back home I painted the cage and went about other items on the list. 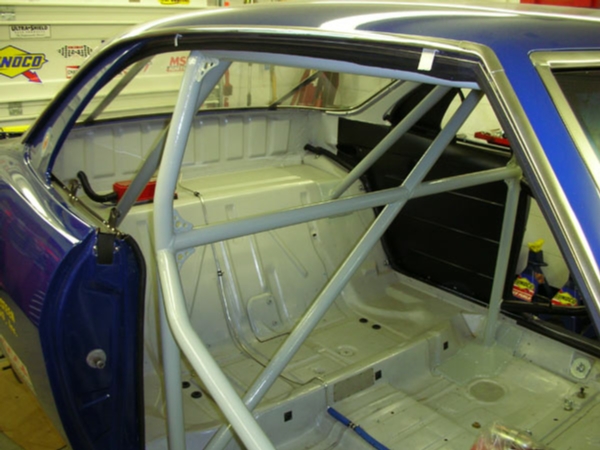 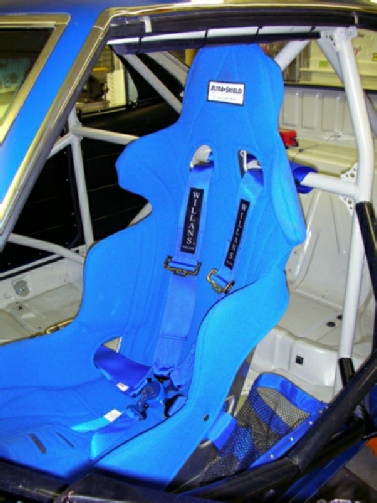 Another item that had to change was my window net or more importantly the mounting of it. I did have it anchored to the door and the roof but with the addition of the cage I had to change that. The rules say the net has to drop from the top and be tied to the roll cage. I used some seat belt webbing and hardware for the bottom tying it to the cross door bars and relocated the spring loaded top release bar. 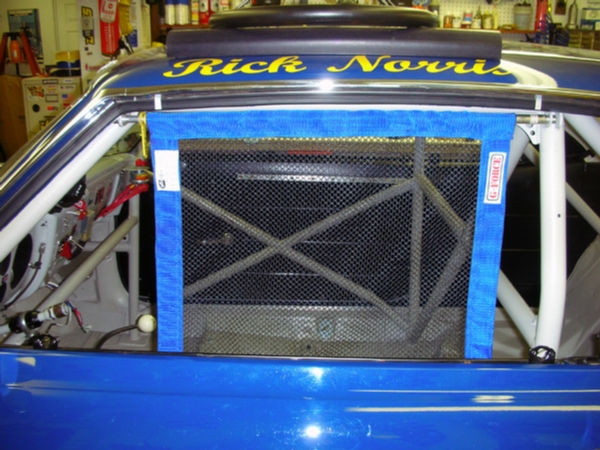 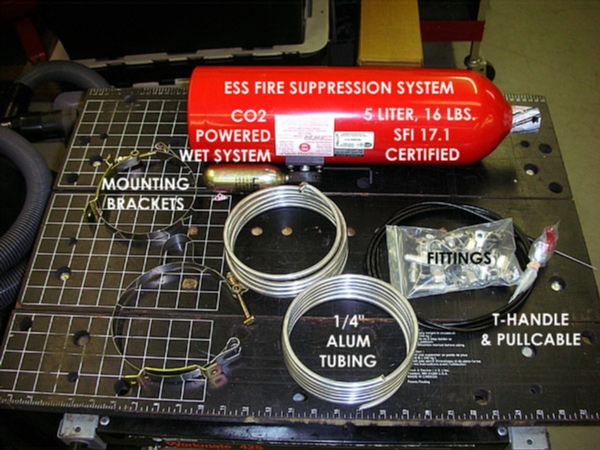 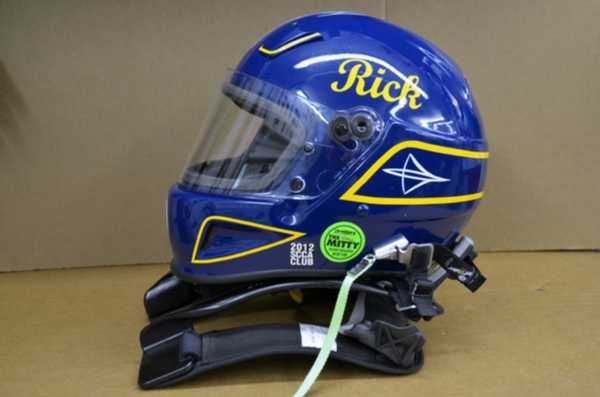 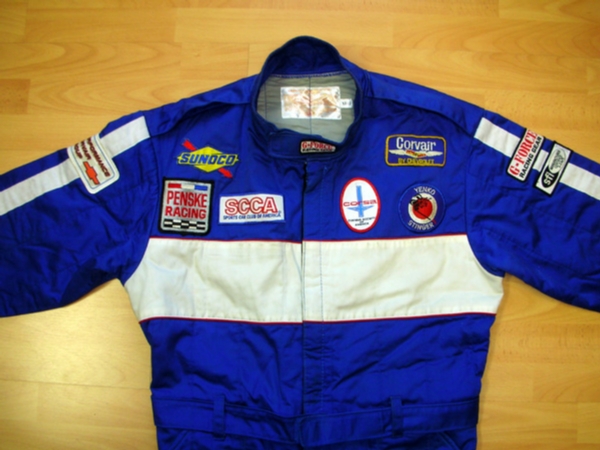 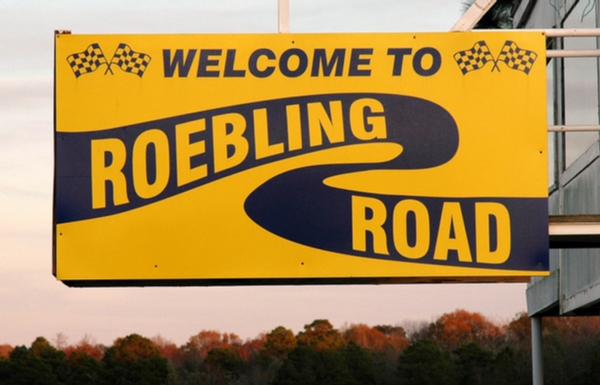 With these items checked off we were ready for driver’s school.

February 2009, the local SCCA was having a double driver school at Roebling Road Raceway. This was convenient as it allows you to get the required 6 hours of track time and instruction to earn a novice competition permit. This was the minimum required to enter the HSR vintage Mitty race which was our goal. 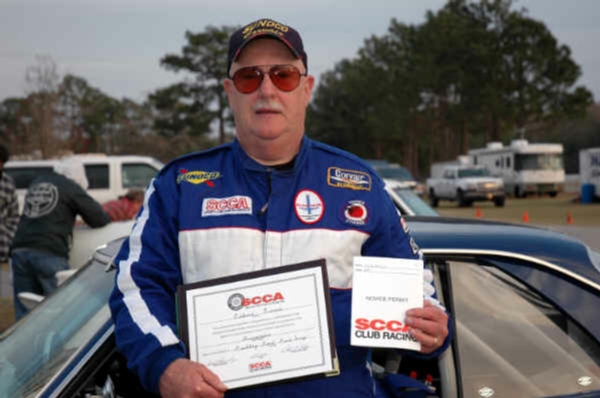 Back to Race Vair