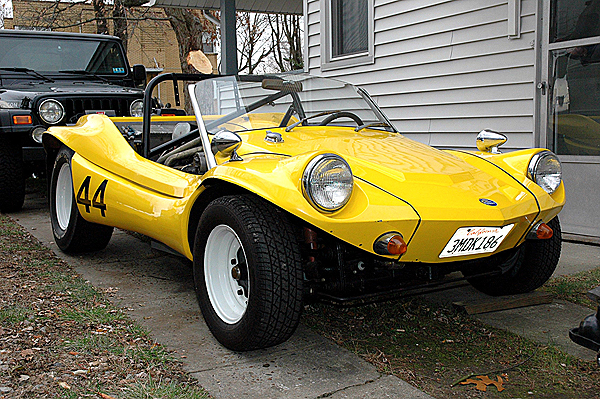 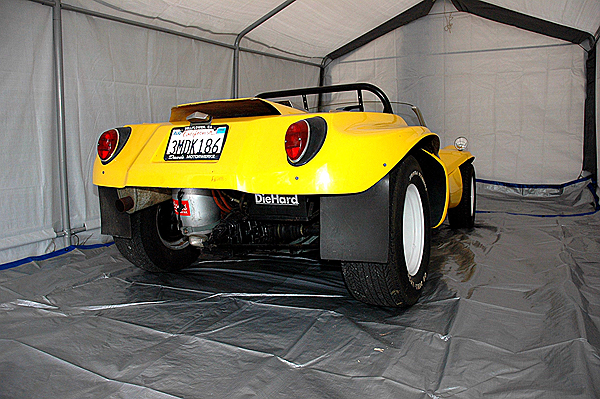 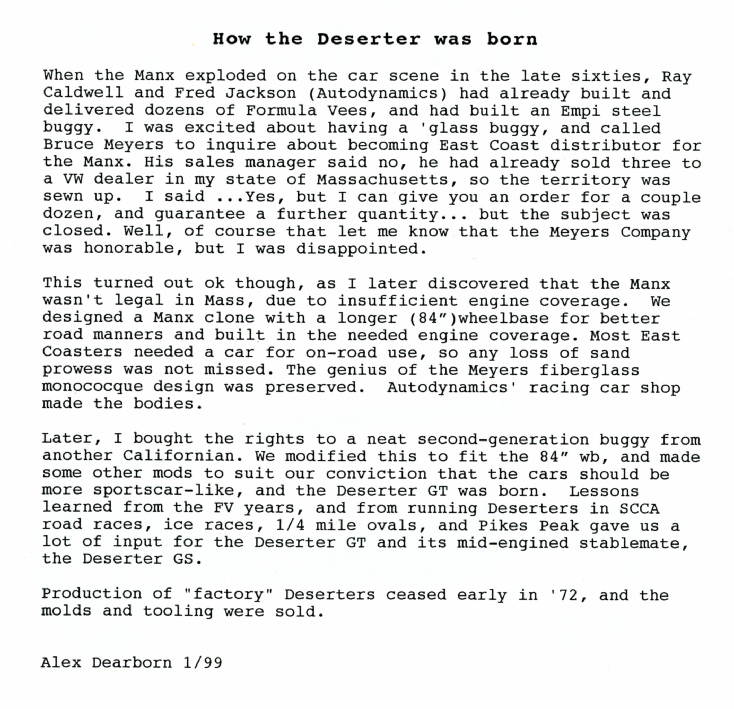 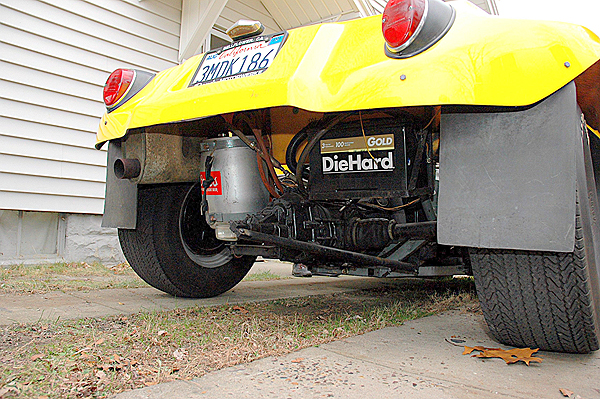 SOME HISTORY ON MY DESERTER GS

This particular Deserter GS was originally built as a race car by Ted Trevor, owner of Crown Mfg. for the sole purpose of running it at Pikes Peak which he did in 1971 along with another Deserter owned and driven by Reeves Calloway. Both had mid-mounted turbo charged Corvair engines.

Sometime around 1975 it was purchased from Ted by A.J. Nelson a physician with the intention of running it again at the Peak but by then they had banned street buggies. Nelson owned the Deserter, made it street legal and drove it on the street off and on for the next 30 years.

In 2005 it went up for sale and was purchased by a friend Stuart Titus and shipped from California to West Virginia. Stuart had visions of upgrading it and taking it back to Pikes Peak. Somewhere along the way life happened and he lost interest in it. He called me and asked if I would be interested in buying it. I certainly was! It had been taken completely apart except for the engine and stored for the next 14 years as a basket case.

I took possession of it in 2019 and transported the pieces to my shop where it now sits awaiting my attention. Having no experience with Deserters I am on a learning curve. There was a lot of paper work, books, manuals and three vintage Crown and two vintage Autodynamics catalogs along with other items that came with it.

Since it was originally built by Ted Trevor I was eager to see what was inside. The first thing I saw was a very one of a kind finned aluminum oil pan with a stock pickup. It was machined from a solid chunk of aluminum. This thing was thick and heavy plus I had to chisel and pry to get it unstuck.

I was told by Stuart who did a lot of research, that Mr. Nelson had the engine rebuilt by a German air cooled specialist. No reason given as to why. I have my suspicions.

About this engine: It is a 140 HP type with the big valve high compression heads and is normally aspirated but this one has a modified Rajay special turbo charger with a lot of Crown Mfg. hi-po parts. The very unique four legged intake manifold resembles a basket of snakes.

The carb is an SU single throat type mounted on an angle adapter per the Crown catalog.

It also has a water injection kit as offered in the Crown catalog along with additional oil cooler and remote oil filter. The water injection unit has a very unique water tank made from an aluminum pony beer keg. Although the keg is from Hamm’s beer it has a Coors sticker on it.

I discovered that one of the heads had been replaced and incorrectly machined for the turbo setup. There were two bent stock push rods and a dead lifter as well.

The pistons were stock GM cast as normally found in the turbo and 140HP engines on balanced rods.

The ignition was a stock pressure retard unit for a 150 turbo engine but with the reverse cut drive gear, special shims and thrust washers again as offered in the Crown catalog. Also the advance limit pin has a bushing to limit total advance.

The oil pump was a high volume unit as offered by Crown. Interestingly there was no work done to any oil passages to improve flow.

There were no further improvements to the engine.

The reverse rotation camshaft is probably a Crown 5050C performance grind. It has an aftermarket cast aluminum gear attached, not pinned or set screwed.

The crank is a stock nitrided unit with a pinned crank gear.

The restoration will remain as raced except for the street it will have a normally aspirated 140 rev-rot engine. 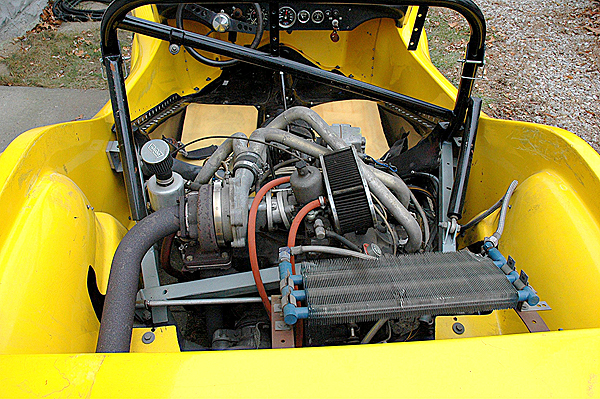